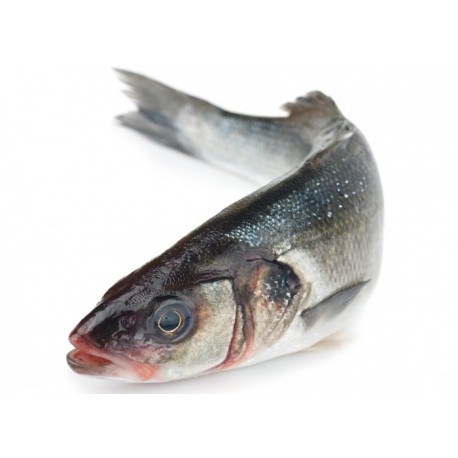 The sea bass (Dicentrarchus labrax) also known as “the sea wolf”, is a species commonly found on the coasts of France. It has a silvery colored spindle-shaped body and is covered with large shiny scales. It is a hunting fish that seeks day and night for small fish and shellfish.

The sea bass is also one of the gourmets’ favorites, who particularly appreciate its subtle taste. In addition to the delicacy of its flesh, the sea bass also has the advantage of having few bones.

Sold whole, it is also under this form that it is most often cooked. Different types of cooking are possible. Most commonly, the sea bass is grilled in the oven (for 20 minutes), often seasoned with dill. This method of cooking helps preserve the firmness of the flesh and the taste of aniseed dill accentuates the contrast of flavors.

In the oven, the sea bass is often prepared with a crust of salt. To do so, simply mix some flour, salt, and herbs, and sprinkle everything with water. Then, spread the obtained dough with a roller and use it to wrap the sea bass. For oven cooking, leave the skin and bones on the fish, this will help protect the flesh.

Cooked whole, the sea bass can also be poached or braised. Only use steam cooking for smaller sized sea bass. If you want to eat the sea bass in the fillets, cook it in a frying pan. This fish can also be eaten raw. Cut up thin slices of sea bass, then season them with “fleur de sel”, pink peppercorns and olive oil.

No related articles on blog